The land that today is called Central Greece, has always been the epicenter of the ancient Greek wine world.
In his work ‘Iliad’, Homer mentions the tribes of Central Greece that participated in the Trojan war, praising them for their sun-kissed, extensive vineyards.
It is widely known that ancient Greeks worshiped Dionysus as the ‘God of Wine and Joy’ (the Romans named him Bacchus). According to mythology, Dionysus was the son of Zeus and of the mortal daughter of the King of Thebes, Semèli.

The city of Thebes or Thiva, and the land around it, remains up to this day one of the most important parts of Central Greece’s agricultural region. The influence of Dionysus’s culture in ancient Greek world and Thebes as one of its cultural centers was immense, as Thebes was the seat of the legendary king Oedipus and the locale of most of the ancient Greek tragedies.

On the eastern side of Mount Helicon, in Viotia (or Boeotia), archaeologists discovered the foundations of a Sanctuary dedicated to the 9 Musses, in an area called “The valley of the Muses”. According to mythology, this was the birthplace of the Muses, goddesses of the arts, sciences and literature. That same valley has been the birthplace of Hesiod, the first written poet of the Western tradition.

Wine, according to ancient scripts and archaeological excavations, was imported into Ancient Greece from the Middle East. It soon became an integral part of the local economy. Wine, along with olive oil and wheat- the three staples of the Mediterranean diet- not only was the core of ancient Greek nutrition but also evolved into the most widely transferred commodities in the Mediterranean Sea. It is believed that the ancient Greek colonies in Southern Italy, which were considered responsible for the expansion of vine cultivation and consumption in the Italian Peninsula and later to the Roman Empire, originated from the Central Greece region. 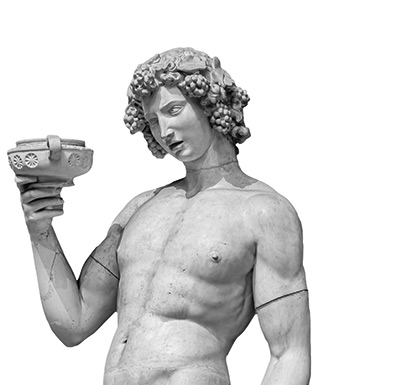 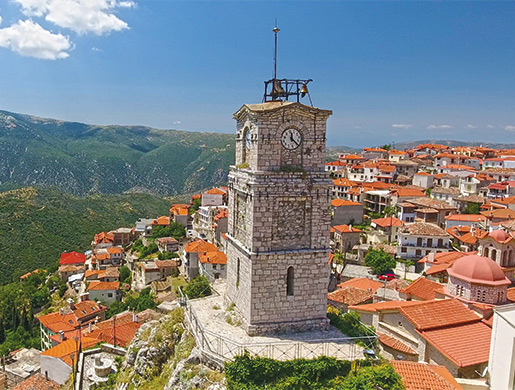 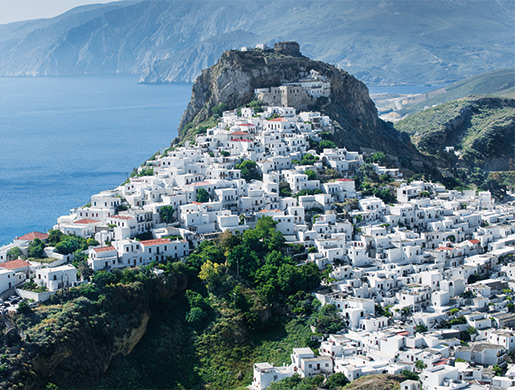 The centuries that followed the rise and fall of the Roman Empire and the birth of East Roman Empire may have seen radical changes in the human history but had little effect on vine cultivation in Central Greece. There is no evidence that would suggest that apart from temporary raids and attacks people had stopped growing their vines where their ancestors used to cultivate before them.

The Eastern Roman Empire, the Christian Crusaders, the Catalan mercenaries the Venetian and the Ottoman Empire ruled in Greece over the centuries. Studying the Ottoman state archives, one confirms that vines never ceased to grow in Central Greece. During the 15th century, the Muslim authorities taxed the Greek vine growers by a 10% tax on the production of both wines and grapes. So did the Venetians until the 16th century. An interesting fact about the value of wine during the Ottoman occupation is that it was one of the very few goods with permission for export.

In the 19th century, at the establishment of the first Hellenic Republic, vine growing continued its long-standing presence in the region. Rural population continued growing and tending their vines, despite the wars and the economic turbulences that marked the late 19th and early 20th centuries. It was not until the 1950’s, when the destructive pest of ‘phylloxera’ first reached the vineyards of Central Greece and destroyed the region’s grapevines. The late arrival of the pest had given time to vine growers to find a cure to the menace: by grafting the European vines on to American rootstocks.

The replanting of the region’s vineyard introduced the appearance of French varieties on Greek soil. At the time, viticulture mainly served the demand for table wine that followed the urbanization of Greek cities and the country’s capital, Athens. High yielding varieties were favored in order to fulfil the rise in demand for inexpensive wine that the few large negociant houses sourced from the region. No one could imagine that in the early 80’s the ‘rebirth’ of modern Greek wine and the winemakers movement of quality would start from Central Greece.

Today, wine producers are investing in the exploration of new terroirs found around the region as well as reviving forgotten local grape varieties. The combination of unique mesoclimates, successful vineyard management, promising rare varieties and skilled and dedicated winemakers can become a game changer for the reputation and development of Central Greece’s wine identity. 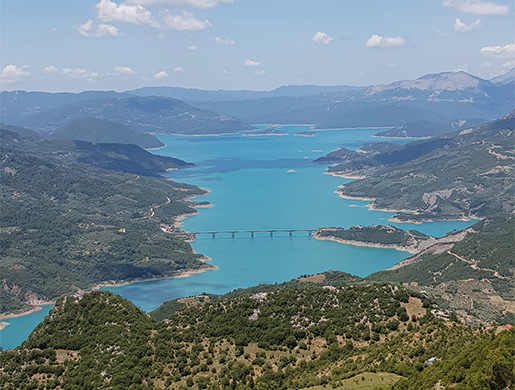