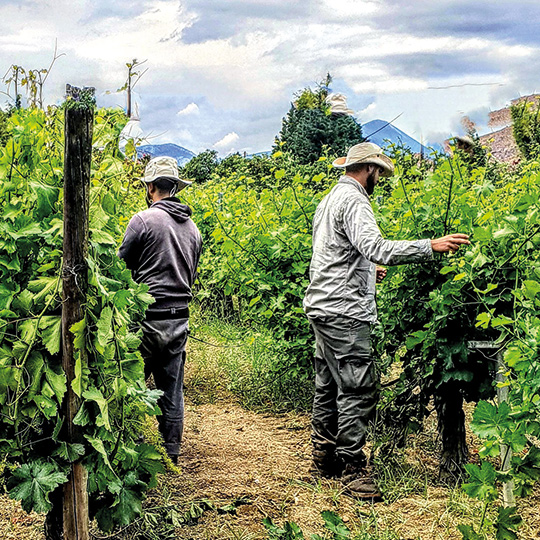 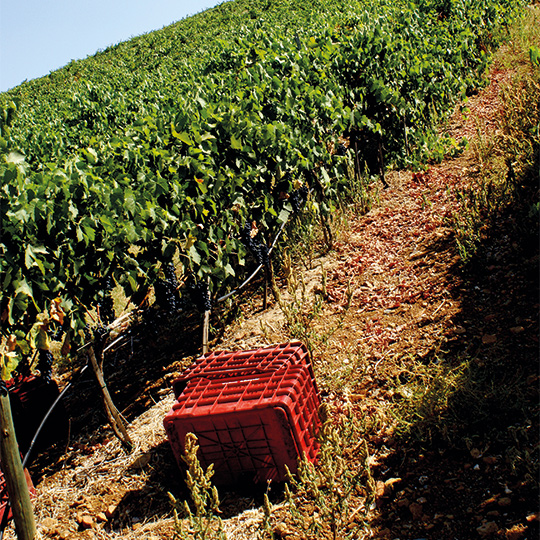 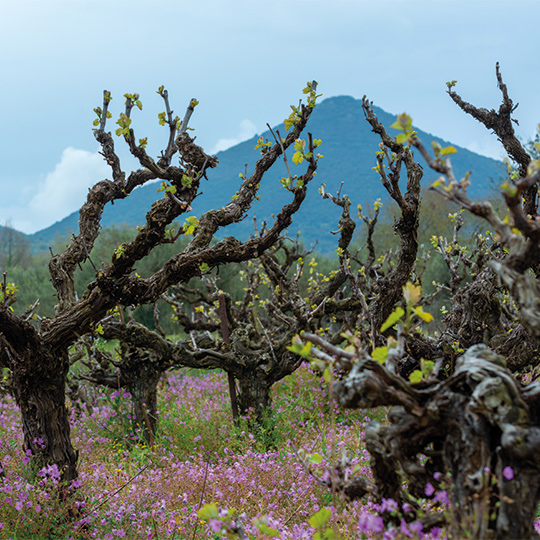 Vine growing in Central Greece can be as diversive as its mountain curved landscape. Dry farmed old bush vines on slopes coexist along with younger planted vineyards, where wired vines are irrigated with sub terrestrial systems.

Central Greece is the homeland of two of the most important white grape varieties of Greece: the sturdy ‘Savatiano’ and the aromatic ‘Malagousia’. The indigenous red, dark skinned grape star varieties of the region are ‘Mouctharo’, ‘Mavrokountoura (Black Kountoura), and ‘Vradiano’. The local vine growers and winemakers in their quest to preserve Greece’s viticulture heritage have revived all these indigenous grape varieties in recent years.

For more than a century, extensive vine cultivation has been concentrated on the fertile plains of Central Greece, producing large quantities of bulk wine for the nearby urban markets. However, the seeds of the quality driven renaissance had always been lying on the arid hillslopes and up on the mountains. These seeds have been the old dry farmed bush vines that showed to the world the pedigree of the indigenous and in some cases almost forgotten varieties.

Central Greece’s wide range of terroirs is suitable for both Greek and international varieties while organic viticulture practices are rapidly gaining ground all across the region.

The number of grape varieties grown in the region is breathtaking: more than 40 indigenous and international varieties are grown locally, making Central Greece the country’s laboratory of viticultural experimentation.